How to become a pilot

The decision to become a pilot is one of the greatest in life. Flying is the most beautiful thing that can happen to you. It gives you freedom, the true freedom of movement, the flight, the climb, and the ability to glance beyond "the hills on the horizon".

Once you learn how to fly reliably and safely, you will enjoy the view of the landscape from places that are otherwise unattainable. Flying among the clouds that your shadow falls upon will leave your mind with the most beautiful impression which you will come back to anytime you need to remember something beautiful. You‘ve made a wise decision. 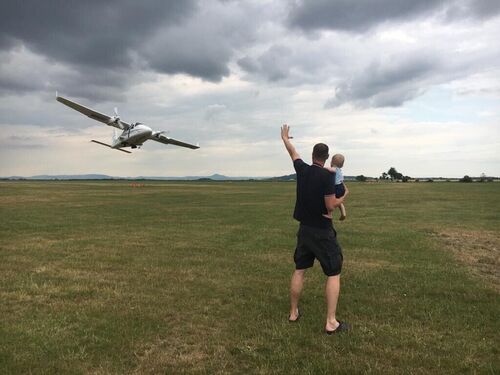 Flying is individual in our school and each pupil gets their own access to the online reservation system and they order the flights themselves by following a few simple rules. Our dispatchers then assign the instructor and confirm the flight. So you don‘t wait for any opening dates, you can start flying immediately.

So how to start. First, it is good to realize what your aviation goal is. If you only want to fly for your own enjoyment with only a friend at your side, then flying an ultralight aircraft is just right for you. Some people imagine it as a "runaway tube" covered with a suspicious cloth. Ultra-light aircraft are no longer a product of foolish romantics risking their lives for a few moments of freedom. Although that period had its charm, it is gone by most measures and ultralight aircraft are now the professional products of reputable companies, which thanks to more flexible legislation can adapt to modern technology faster than adult aviation (from now on we use the correct name for "adult aircraft" - General Aviation Aircraft). Modern UL aircraft thus beat out General Aviation aircraft with their performance. They are excellent for sport flying and trips.

The basic UL pilot training curriculum is 20 flight hours. I would just like to point out that for all the curricula set out, this is an unbreakable minimum, the passing of which does not justify obtaining a license. In other words, you really need to learn everything well. Your training will end with a totally independent cross country navigation, when you fly to a foreign airport yourself and it is more than necessary for pilots to return home safely from such flights. We will not let anyone, who cannot do it safely, fly! This is a crucial condition for us.

However, if for some reason you want to fly for your entertainment, but UL aircraft do not attract you, general aviation aircraft are available for you. These are the notorious Cessna, machines that have taught the world to fly and you can find them constantly in operation from the equatorial forests, through the deserts, the world's largest agglomerations, to the polar caps. Some kind of Cessna flies on every continent, in every climate zone. The usual procedure is to start with a basic PPL (Privat Pilot License) training that includes at least 45 flight hours. If you already have a UL pilot license, this curriculum can be shortened by up to 10 hours. You cannot fly less than 35, but in basic training.

Part of the pilot training is the theoretical part. This takes place for both UL and PPL pilots in our classroom at Sazená Airport.

We also train helicopter pilots - PPL (H), helicopter business pilots - CPL (H). For both types of flying we also offer the training of instructors of aircraft and helicopters - FI (A), FI (H).

If a professional pilot's career is your desire, then you need to get the Airline Transport Pilot License (ATPL). It begins with PPL training, then follows the so-called "Time Building". Sometimes it is called simply to "fly the hours". This is because all other licenses, their acquisition or training, are subject to different hours of flight. It is higher than basic training. So you have to fly, gain experience and then, for example, be interested in flight training according to the specific instrument. On the way to the ATPL, after PPL, you will have to get training for night flying - VFR Night, flying according to the instrument in single-engine and twin-engine machines - IFR SEP, IFR MEP, flying in so-called "complex aircraft", which is an aircraft with adjustable propeller, retractable landing gear and at least four seats in the cabin. Of course you will also fly the FNTP II flight simulator. You will practice flights to foreign controlled and uncontrolled airports and learn to land by the instrument.

Of course, you will also attend an extensive transport pilot theory lessons and tests at the CAA Aviation Authority. After having mastered all the theoretical and practical examinations, and after at least 200 flight hours, you become a transport pilot - ATPL frozen, when you can apply for a job with an airline.

And then it's all up to you. Just don't forget to send us a cockpit photo too!